Number one on our list is the almighty and powerful beer! Of course I say this with the utmost respect, but if you didn’t know that’s what Oktoberfest is all about, you probably have no business going in the first place. There were many rumors that the beer is served warm in the tents,  but I can tell you firsthand they do an amazing job of delivering you and the 9,999 other participants in the tent a very cold frothy beer. We drank our beer at the Hofbrau Tent which is one of the largest tents at the festival. Get in line early by 8:15am, and order your Mas Liter!

Number two on the best things to eat at Oktoberfest is the roasted chicken. I don’t know how they do it, but they are able to roast chicken for 10,000 people perfectly! After several beers who really cares how it taste anyway, but the roasted chicken does not disappoint. The salty crispiness of the skin and the juiciness of the meat make for a delightful snack as you wash it down with beer and singing. Be careful and don’t choke while belting out “Hey baby…I wanna know if you’ll be my girl!” 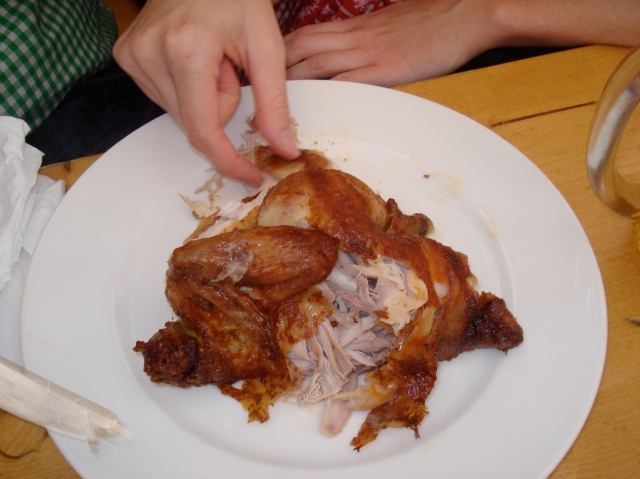 Number three was actually a surprise to me as I went there expecting the Pretzel to be the third best thing but that spot actually goes to the slow smoked pork rib plate in the Hofbrau Tent. I would have never in a million years expected to have some of the best ribs of my life in Munich, Germany! Being from Texas, barbeque is a passion and those boys over there can hold there own when it comes to pork ribs. Shades and I ordered three plates! 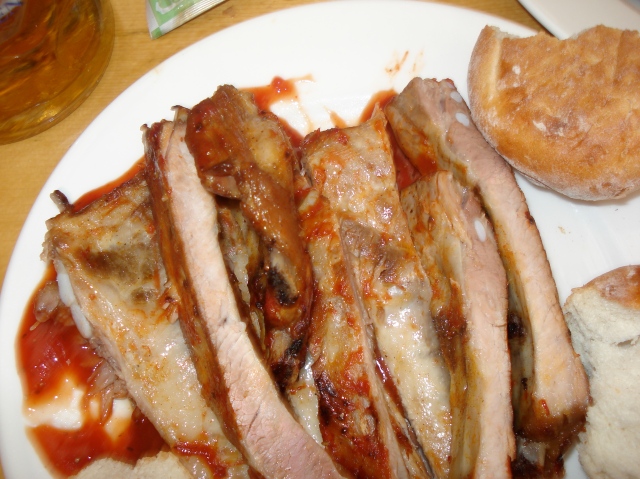 Finally at number four is the biggest pretzel you have ever seen! The only reason the giant pretzel is not ranked higher is because I had hade about 10 giant pretzels the day before we went to Oktoberfest; walking around Munich while in search of traditional wears. To be honest the pretzel is a must when you first sit down, it sets the table and pairs perfectly with beer as all beer drinkers well know. I have to say though if you are ever in Los Angeles go to On the Waterfront on Venice Beach, CA and you will get a pretzel and mustard that comes pretty close! 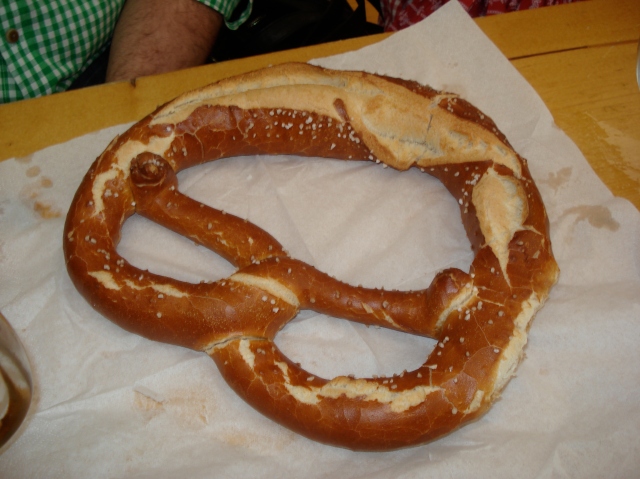 The number five delicacy on our list is the dumplings. OMG! I would have never thought I would still be dreaming about potato dumplings but those Germans can make the sh*t out of some potato dumplings! Go to the beer garden nearest to the ferris wheel called Munchner Knodelei and order the dumplings trio. You get one cheese dumpling, one spinach dumpling, and one rutabaga dumpling. If you’re not still dreaming of that goodness afterwards let me know and I’ll refund your purchase cost…they are that good! 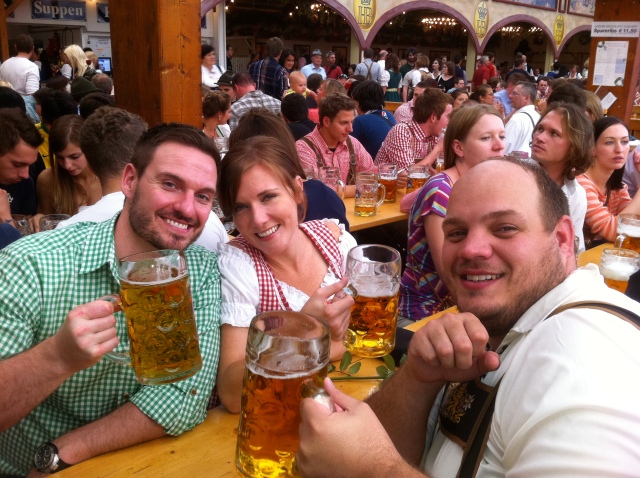