Nothing like being home and sitting at bar with your closest friends playing a game called the “Last Letter Game, Celebrity Addition”. Never played? Here is a quick set up of the rules so that you can enjoy this game with your friends!

Step 1: Gather a bunch of friends

Step 2: Order an array of great beers! I prefer Maredsous 8 when I play.

The drinking rules are simple, keep drinking during the whole game and just have fun…or if you love rules then dish out 5 large chugs for every wrong answer!

Have a great time and the next time you’re with a group of friend give the game a try. It works really well after several beers!

Have a favorite pub game? Share it with us! 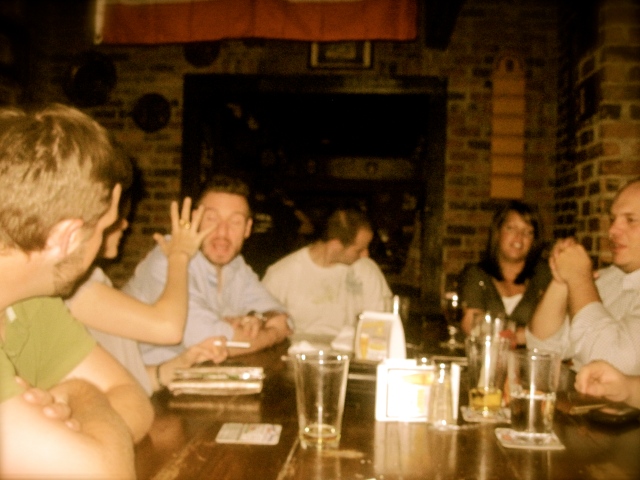